At the end of each email update, I included a brief backstory for a different squad member, based loosely on the actual person (or at least what that actual person would find amusing). Here are some highlights from Meet the Squad! 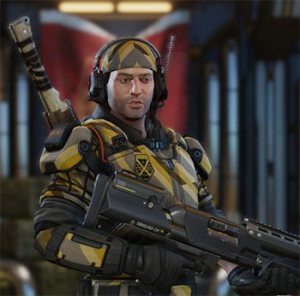 Michael Frederickson is a fucking legend. He doesn’t think about what kind of legacy he’s going to leave because guess what he’s never gonna die idiot. Frederickson is on XCOM for one reason and one reason only, and that’s to kill aliens and also to get sex. He calls everybody he meets the same thing and that thing is “distraction.” But hey it doesn’t matter because pop quiz you can’t get enough of Michael Fucking Frederickson and you know it so BUCKLE UP, YOU BITCH! 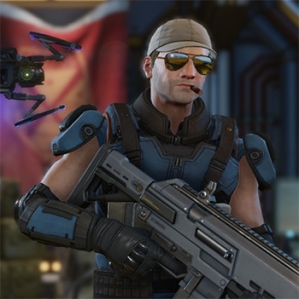 Normally Shubert wouldn’t have joined an organization that had already raised so much funding (not to mention the Glassdoor ratings were atrocious). But the market had really dried up, and XCOM was the only startup with any momentum.

“Whatever,” Shubert figured. “If the CEO’s really as bad as this says, I can probably take his job in a month or two.”

When he accepted his offer, Shubert still hadn’t bothered to read what XCOM actually did, figuring it couldn’t be any worse than Zynga.

Once a fountain of positivity, Loddengaard has gone full-on goth since his fateful, panicked murder of Lieutenant Cho in the heat of battle. His traditional hallway greeting of “Hey!” has been replaced by the slightly more dour “I am the lumberjack of souls. The ferryman demands timber for his raft. Shall I fell you, or shall the wind? No matter, so long as you fall.”

Nobody’s made an effort to cheer him up because it’s too funny watching him mess up the eyeliner so badly.